That’s what I heard from a number of friends a few months ago – other parents of grown-up “Jimmy’s” (and “Janey’s”) – when I asked if we could interview them for our blog and eventual book about having raised kids with issues.

I admit that I thought they were overreacting a bit when they said they couldn’t “go there” … and/or that they had blocked it all out. After all, I’m “going there” every day when I write about it, aren’t I?

Martha and I often joke that, even though our kids have outgrown many or most of their issues – or in some cases, the issues are no longer existent, compensated for, or moot – we are left with Post Traumatic Stress Disorder.  “Ha ha!” we say, half jokingly. “We have PTSD for kids with issues!”

But as I said, I’ve been half joking about it. Or so I thought.

I didn’t realize how true it actually was for me until the other night.

I was at a gathering of a former mothers’ group/kids’ playgroup for my oldest child (“Jimmy’s” older sibling) from about 22 years ago. In fact, Jimmy was born during that period. One of these women later became Jimmy’ music teacher in Pre-K.

We all hadn’t seen each other for a long time, so we were catching up on our now-grown kids. When it was my turn and I started talking about where my kids are now, she stopped me and said,

All of a sudden, I felt my body tense up and I had that immediate freeze-up reaction – “Oh no, here comes some story about Jimmy; I have heard too many of these and I just can’t take another one!!!!” I told her to stop right there, and that I didn’t want to hear it.

In fact, I’m pretty sure those were my exact words: “Stop. I don’t want to hear it.” 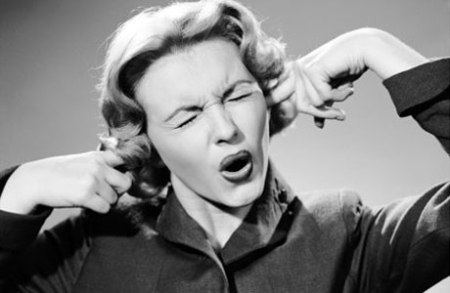 I felt like I was right back as a mom of little Jimmy – not the big one, but the little one – all over again.

Keep in mind that the story she was going to tell me was from 17 years ago. Keep in mind as well that I am writing a blog about having raised kids with issues!!!

Now, reflecting on it, I realize that I had the same immediate reaction that my friends had had, when I asked to interview them a few months ago.

She was disappointed, because she clearly wanted to relate the story. And later in the evening, she made her way back over me to tell me. The minute she did, I could feel my shoulders tense up until they were probably around the level of my ears.

This is what she said:

“I was an alternate route teacher, and it was my first year, so I had no idea about any of this. But I was doing a spot assessment of the kids, where they were all in a circle, and I was going around the circle, and each kid had to give an answer. I got to Jimmy, and he froze up and absolutely refused to say anything.”

Yup. The turtle mode – Jimmy would shut up, shut everything out, and shut himself into a shell … you could almost see the arms and legs and head pull in. The more you went after him for an explanation – What’s wrong? What’s the answer? etc. etc. etc. – the deeper in he would go. And if anyone tried to push him on it, he would just go into full turtle mode on the floor or under the school desk. 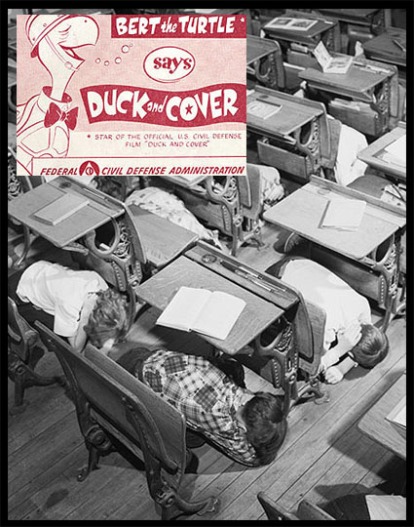 (Too bad he was 50 years too late for Duck and Cover … he would have been an expert at it! Oh, and this is usually where he would end up in a restaurant, too.)

She said, “I knew he knew the answer! And I realize now how much pressure it was for him to be put on the spot like that, especially when we were going around in a circle. I’m sure he felt the pressure building and building until it finally got to him. You remember what it was like reading aloud in class when you knew they were going to get to you! I could see how much worse it was for him.”

I asked her how she knew to use the puppet like that for Jimmy. She said she wasn’t sure – she hadn’t been trained in anything to do with kids with “issues,” especially since she was an alternate route teacher* – but it just came to her.

She ended by saying she has never forgotten it – (obviously!) and that this incident, without a doubt, made her a better and more understanding teacher. (She is still teaching today.)

The lesson for me is this: I may joke about having PTSD, but in my mind, I really think I’m over most of it. My body tells a different story, though … my initial freezing-up and shutting-out reaction, my shoulders tensing up later while my friend was relating the “incident” …. that’s the real truth.

And how interesting – I realize just now as I am now writing this … in addition to my reaction being the same as my friends had had … those are exactly the same reactions my son was having during the “incident!”  (And actually, not just during the incident … it was more like all day, every day, all the time.)

Our goal with “Walk a Mile in My Issues” is to help all of our shoulders collectively relax.

And it’s also to tell the stories of great teachers, coaches, and others who have gone out of their way to think creatively … and find something like a confused puppet who doesn’t know the answer …  and in doing so, to give our kids the time and space and comfort level to SHINE.

* NOTE – Alternate route teachers come from other fields and go straight into the classroom without getting a teaching degree first, taking teacher education courses while they are already teaching. They don’t get a whole lot of training on actually dealing with “issues” in the classroom … but neither do teachers from the traditional route. In my professional opinion (as both a teacher and an “issues” parent!) all teachers, everywhere, should be required to view this video.