I’ve always had a flair for the dramatic.  I’ll admit it.

When I was 6 I pretended to have a walking issue in the pediatrician’s office which resulted in hideous brown corrective shoes.  I had to wear  them  for an entire year.  That plan backfired.

At 7 much to my mother’s horror  I decided to pretend I was extremely…….ummm…..challenged in the grocery store as I trailed behind her.  My little brother thought it was hilarious which only fueled me on as my mother hissed, “Stop it, Martha!!!”

At 8 I announced to the 3rd grade that I was celebrating Thanksgiving in England and upon my return I went as far as to illustrate my having tea with the queen.  It was an elaborate drawing of what I “wished” the queen to look like.  She had blonde hair like mine,  a princessy dress and an ornate jeweled crown.  The historic drawing of my brush with royalty was hung in a special place for all of Grantley Elementary School to see.  But,  suspicions were raised as my queen looked nothing like the real queen.  Shortly after I went shopping with my mother. As luck would have it, we ran into my third grade teacher…….busted.

My mother had 4 kids.  I was the third and on an eternal quest to stand out.

So it was a forgone conclusion to my family that it was sheer histrionics on my part when I started noticing that my son was struggling. It was as though they thought I had Munchausen  Syndrome by Proxy and I was pretending my kid had learning issues for attention.

It was mind numbing to not be believed……and so… I just stopped talking about it.

Years passed…..many battles fought, won or lost and I kept them to myself.

It wasn’t until my mother tried to teach my boys a card game that she “GOT IT”.  My eldest was 14 and my youngest 10.  My eldest could not grasp it and it was painfully clear he was pretending while my youngest whizzed through the rules and was eager to take his grandmother on.

It was an “Aha” moment for my mother. 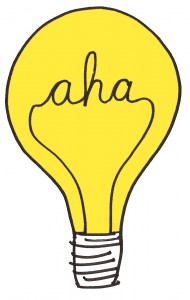 For me it was like having an infected truth extracted.

I didn’t know how much pain I was in until I was believed.

Category : Life of an Issues Mom, People Who Don't Get it (Boo), What's My Issue?
Tags : judgment

← The Adventures of “Issues” Mom – Vol. I
Pay no attention to the man behind the curtain →

7 thoughts on “MUNCHAUSEN SYNDROME BY PROXY”