Our kids have had Sensory Processing Disorder for so long – and actually grew out of the bulk of it so long ago — that the name changed while we weren’t looking!

It kind of makes us feel like the old-time Grand Dames of Sensory Issue Moms.

Oh, there were other issues, too. Lots of ’em. But SPD was very definitely, very prominently in the mix, from very, very, very early on.

And – we are really dating ourselves here – there were no websites, online support groups, Facebook pages, or anything even remotely similar for us to find a supportive ear.

We would never have found a web page like this to refer our friends or family to when they looked at us like we were nuts, as if we were making up our kids’ issues, and/or just making excuses for our crappy parenting. Or a great Facebook group like this, to let us know we were not crazy, and we were not alone.

The best we had was our Occupational Therapist and the rag-tag support group we threw together of kids with various issues. There were about six of us, and we met on a regular basis to support each other, share stories and resources, and just be with other people who “got it.” (What a relief!) We even arranged for our kids to have a special soccer group for kids with sensory issues/coordination “challenges” at a local soccer camp …. trust us when we say it was less than successful ….  if only we had taken video of that …….. and we will now probably be struck by lightning for laughing while writing this ….. 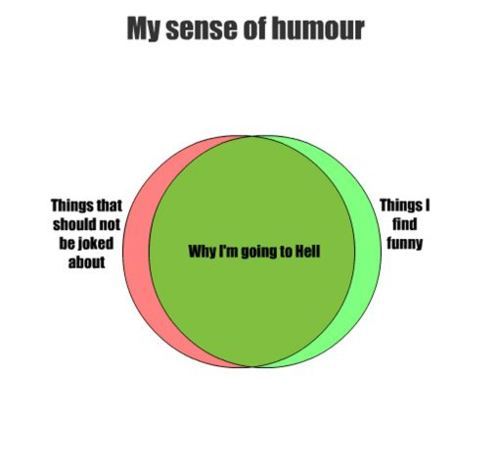 We also had the wonderful Carol Stock Kranowitz … not in person, mind you, but in her book, The Out of Sync Child – and we are not kidding when we say we bought it in bulk, and handed it out like candy to anyone who was dealing with our children. (The first – and defining – book on the subject was Sensory Integration and the Child by Jean Ayres, first published in 1970. But Carol’s book was much more accessible and readable for stressed-out moms like us.)

Well, the support group helped us among ourselves, even if it didn’t help raise awareness for anyone else.

Carol Kranowitz helped us try to explain to friends, family and teachers …. not usually that successfully, but it was something ….

As for the kids, OT did help … brushing, vestibular stimulation, deep pressure, handwriting help (ugh, that was a NIGHTMARE) … but like anything else, it wasn’t a cure. The issues were always there, and made nightmares out of simple things like a visit to a restaurant (too much noise! too many smells!) or a pool (face in the water! the starting pistol for the swim meet!).

What really helped our kids most was ….

And TIME was not usually a luxury our kids had in one very important place:

Our kids – who were, almost literally, a bundle of exposed nerves, and who lacked the coordination to hold a pencil (while at the same time being above grade level in what they understood) – were supposed to fit in and sit still and be quiet and do the work.

Oh, and to stop being “lazy” or “uncooperative” or “disruptive” or “not applying themselves” when they couldn’t.

Time was not an option. And neither were modifications to help buffer the transitions or the sensory overload for our kids. (And if you have ever walked into an elementary school classroom, you know just how sensory overloading that can be for anyone, let alone a bundle-of-exposed-nerves kid who can’t hold a pencil.)

In our day, the schools didn’t recognize Sensory Integration Disorder for IEPs or 504s … even if the teachers could clearly see the results of it. It wasn’t considered an official diagnosis by the American Psychiatric Association. So, nope … no help for transitions, no extra time to adjust, no quiet places to do a personal “reset,” no services or modifications for our little guys … who were so clearly suffering and struggling, but sorry, nothing to be done …..

But ahhhh, that was sooooooo long ago …..

And things have changed ….. right?

Well ……… the name has changed – goodbye Sensory Integration Disorder/Dysfunction; hello Sensory Processing Disorder – and there are now Facebook pages and websites and online support groups to help the new generation of parents whose kids are a bundle of exposed nerves and can’t hold a pencil…. (we feel for you guys! been there, done that, bought the t-shirt, and taken the anti-depressant …..) …. And, more and more kids are being recognized as having sensory issues which significantly affect their daily lives (and the lives of those around them).

But guess what hasn’t changed?

It’s still not considered an official “diagnosis” by the American Psychiatric Association.

It was considered for the latest DSM-V manual (the “one from column A, one from column B” menu of mental health diagnoses), in which the APA did add in diagnoses like disruptive mood dysregulation disorder (i.e., “irritable temperament syndrome” –  a diagnosis which may be helpful for many of our kids, actually, since sensory issues cause such irritability) and … believe it or not … caffeine withdrawal (probably not too helpful for our kids).

But … not for Sensory Processing Disorder. No, SPD was rejected as a “Novel Diagnosis in need of further research” …. in other words, it’s too new of a category, and they need to do further research.

Oh … did we mention that our kids have had it for so long that the name changed while we weren’t looking? And that Jean Ayres literally wrote the book on the subject 33 years ago? So it ain’t exactly new, folks.

Guess these DSM-V deciding committee guys were hanging out at Starbucks, doing all of their research on caffeine withdrawal … and that not a single one of them has ever had a kid with sensory issues.

Here’s a great idea for your “further research,” APA/DSM-V guys ….. how about if we point you to a couple people who will happily let you babysit their kids for the night, while WE go for Starbucks (or better yet, something heavier). During homework. And dinnertime (don’t forget to make dinner!). When it’s a full moon.

(Now, we get cranky, too, if we don’t have our coffee … but we would gladly give up our official “caffeine withdrawal” diagnosis and trade it in if it meant having people taking SPD seriously.)

So, what does this rejection of SPD as a “diagnosis” mean? What difference does it make, if you and I know that it’s real? Why worry about what the APA says?

Well, the bottom line still is …. If your kid has sensory issues … and your district won’t recognize it because it’s not an “official diagnosis” …. you’re sh*t out of luck at school, unless you have another diagnosis as well. Which, actually, is highly likely … so many of these things are like giant overlapping Venn diagrams of a million circles, with your kid at that one very special point where they all overlap the middle …. but you’ll be getting services for the other diagnosis, and not necessarily for the sensory issues.

And that makes school and homework time soooooooo much fun for everyone …..

Maybe we should organize a sit-in …. or better yet, a “babysit-in” at the next APA convention! We could just drop the kids off  – with their homework, of course …….. and then ….

← School Refusal X Two = Feeling like a Failure….No, School’s Stupid….Wait….Let’s watch The Secret
The Adventures of “Issues” Mom – Vol. I →