I don’t speak Russian. Or Hindi. Or Korean. Or any other language with a different alphabet. And I certainly can’t read them. I can’t even try to sound them out phonetically, regardless of meaning, because they just look like squiggles to me.

So let’s say you put a piece of paper with Russian on it in front of me, and say, “Read it!”

This is exactly the scenario that comes to mind … and that makes me want to cry … when I read an article like this one, about Max Brooks, the son of Mel Brooks and Anne Bancroft, and author of World War Z. 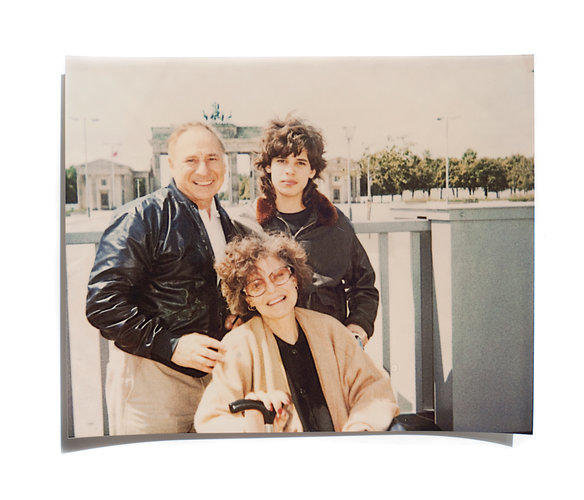 This passage jumped out at me:

Brooks had a hard time in elementary school. He was a class clown, and teachers dismissed him as another bratty child of celebrities. “I remember I used to come up to my teacher crying because I couldn’t read. She would say: ‘You can do this. You just don’t want to do this.’ ”

“His mother believed him, though, and had him tested for learning disabilities when he was 8. They found out he had dyslexia. So Brooks was tutored for two hours a day, until 11th grade. His mother took his textbooks to the School for the Blind and had them recorded onto audiotape. It was then that he stopped fearing learning and began to love it. When he discovered the novel “The Hunt for Red October” at 16, he finally saw in a book the reflection of all his interests: a well-researched, true-to-life military scenario that utilized the specifics of the actual world to tell a gripping “what if?” story.”

I just had a conversation the other day with two people in the publishing industry about how many writers were dyslexic. To me, this comes under the heading (in computerspeak), “It’s not a bug; it’s a feature.” Look at what Pulitzer Prize-winning novelist Richard Ford had to say in this interview:

“It probably helped that I didn’t know that I was dyslexic when I was young, and simply thought I was slow as a reader. But being slow made me pore over sentences and to be receptive to those qualities in sentences that were not just the cognitive aspect of sentences but were in fact the “poetical” aspects of language–how many syllables a word had, whether it had a long e sound or short i sound, all of those sensuous qualities of language, how it looked on the page. And it seems to me that those qualities in language are as likely to carry weight and hold meaning and give pleasure as the purely cognitive, though of course we can’t fundamentally separate those things, although the information age does its best. Richard Hugo, the poet, wrote once in an essay that when language is thought of just as a mode of communication, it is dying.”

I still can’t read Russian, or Hindi, or Korean … but I could learn, with the proper support.

And in the meantime, maybe I would come up with something different and unique to do with all the beautiful shapes of their alphabets.

And then, in the end … maybe something new, unexpected, creative, and absolutely magnificent would come out of that combination!

← Accept the Journey
It Takes One to No One →